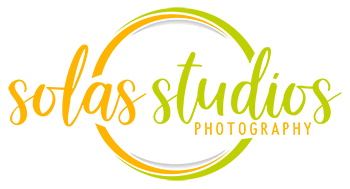 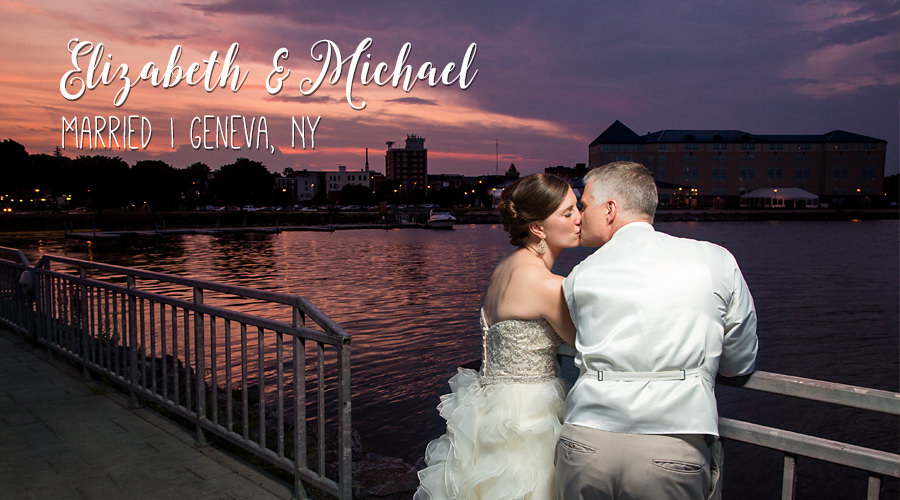 Elizabeth and Michael’s wedding at St. Stephen’s Church and Club 86 brought us back to the picturesque Seneca Lake area, this time at the top of the lake. When we met them almost a year ago, we ventured to the bottom of the lake at Watkins Glen, for their engagement session. It was one of the most perfect fall days, back then, but on their wedding day it sure was HOT. Thankful for the beautiful breezes off the lake, though, they never once complained about the weather – they were far too busy soaking up all the love and happiness that surrounded them on their beautiful day. 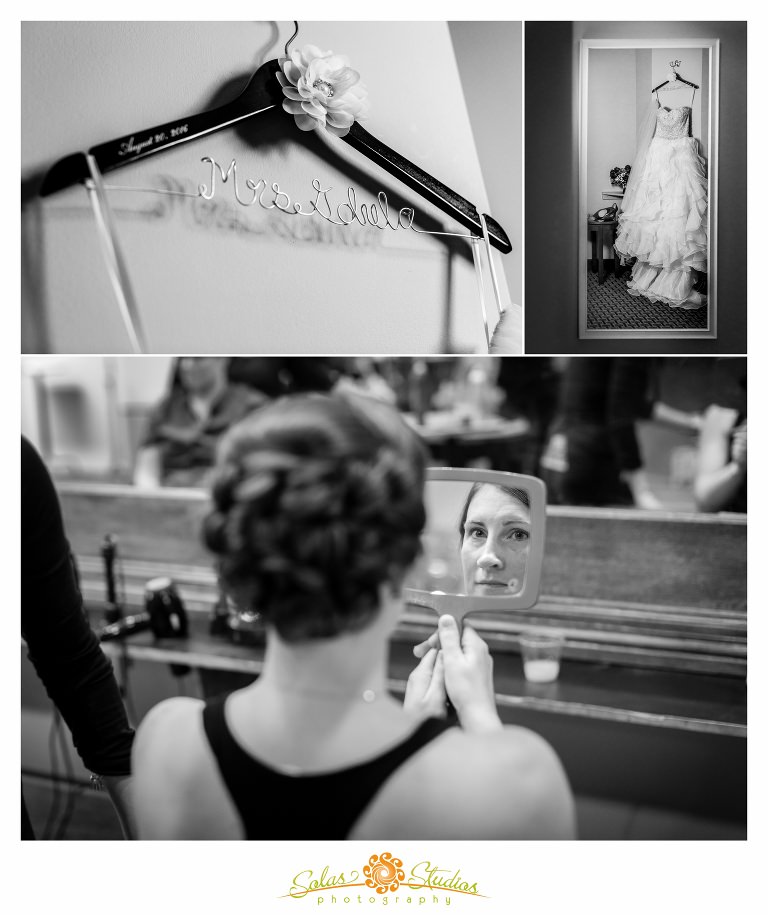 The girls started out at the Studio Salon to have their hair done, while Michael stayed in his daily tradition of polishing his shoes. 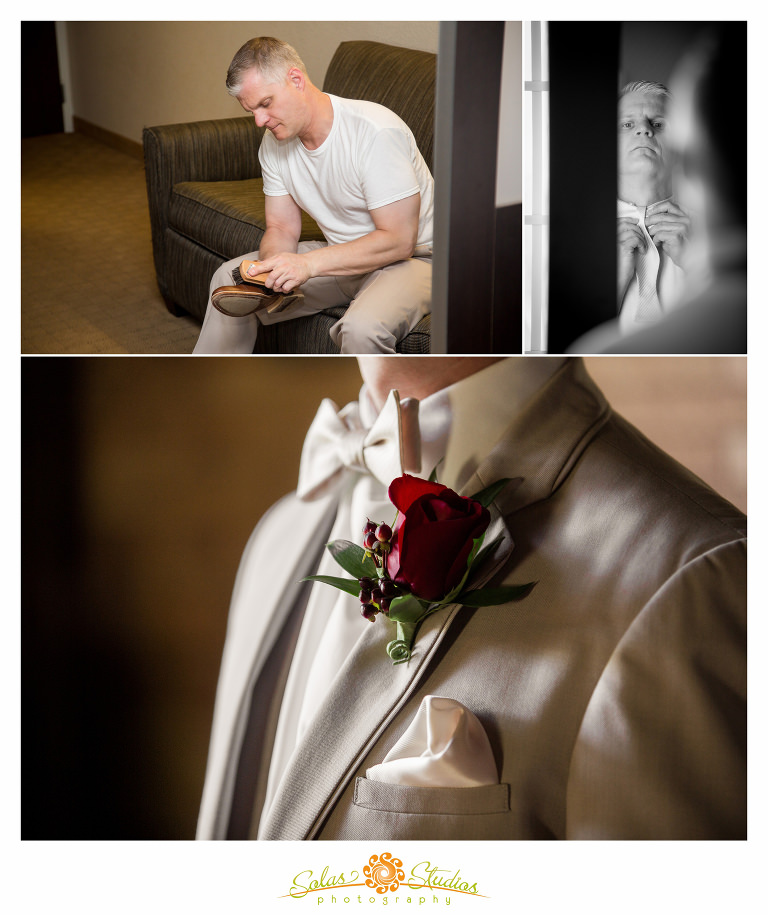 After their hair appointments, the ladies returned to the Ramada Inn, to have makeup applied by Kayla of Exquisite Skincare Spa. 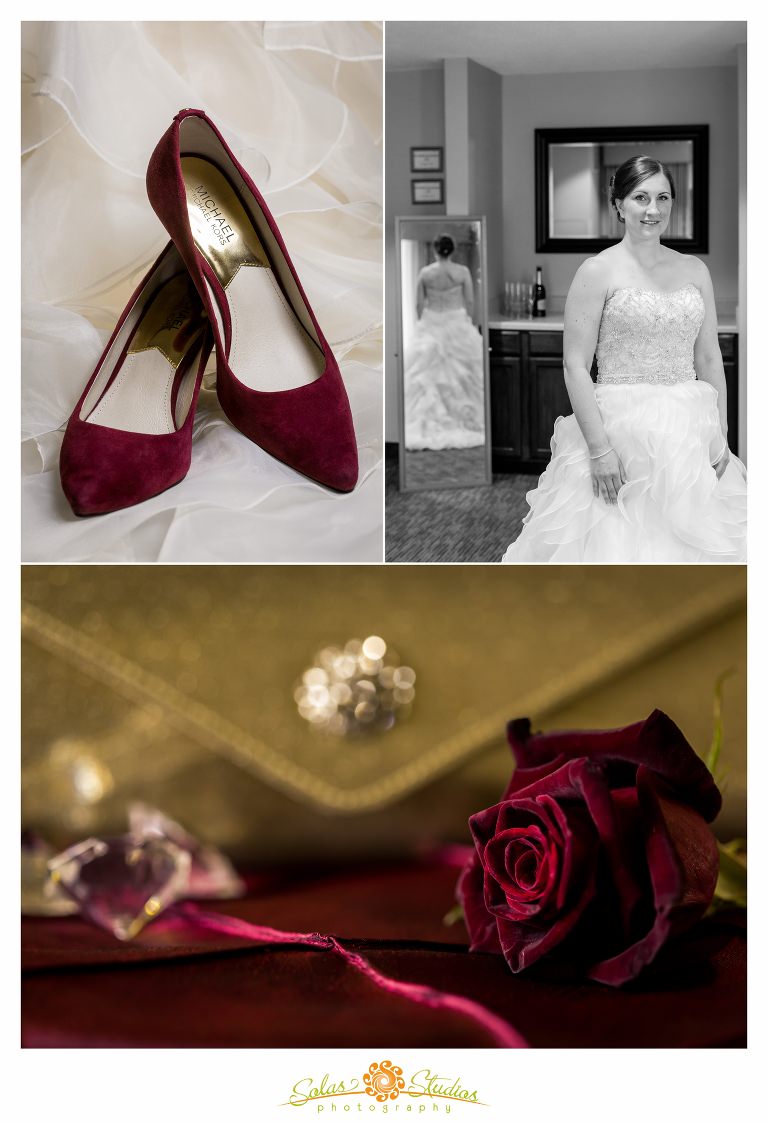 It wasn’t long before it was time to head to the church for the ceremony to begin. 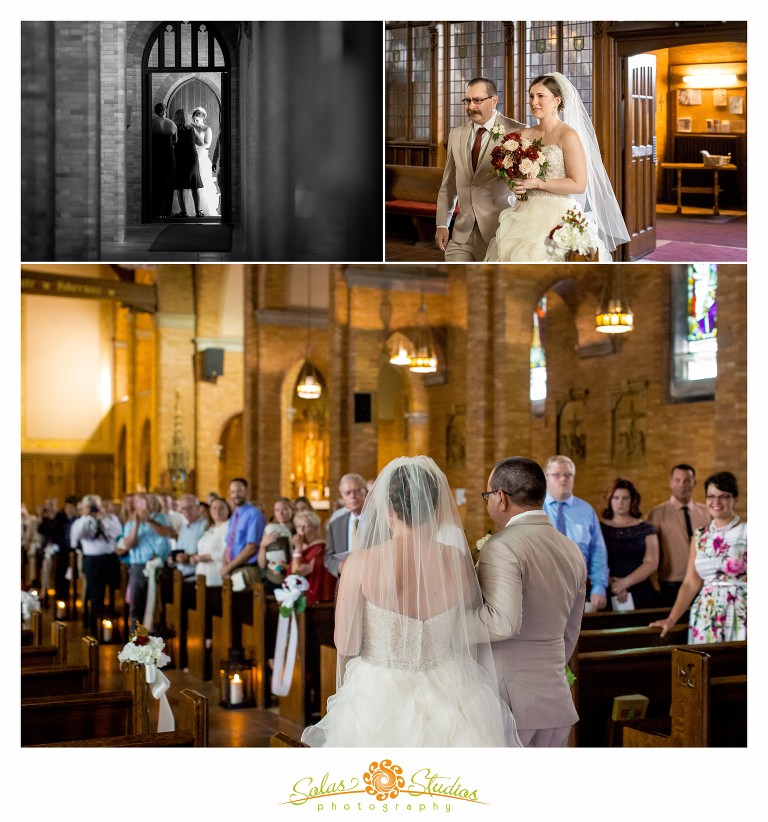 An emotional Liz and her father made their way down the aisle, to greet Michael who was beaming at the altar. 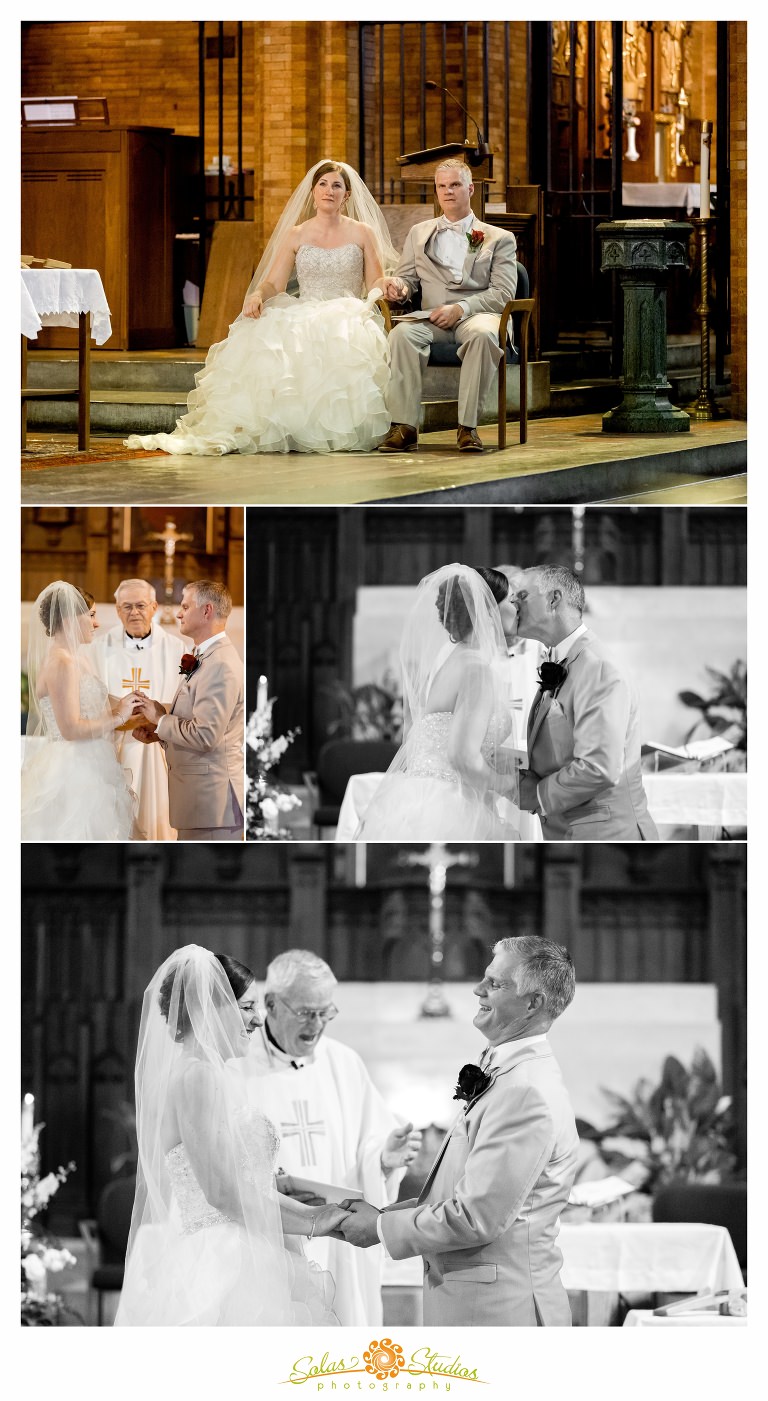 A beautifully crafted unity cross was assembled by Liz and Mike, as an important symbol of their faith and commitment. 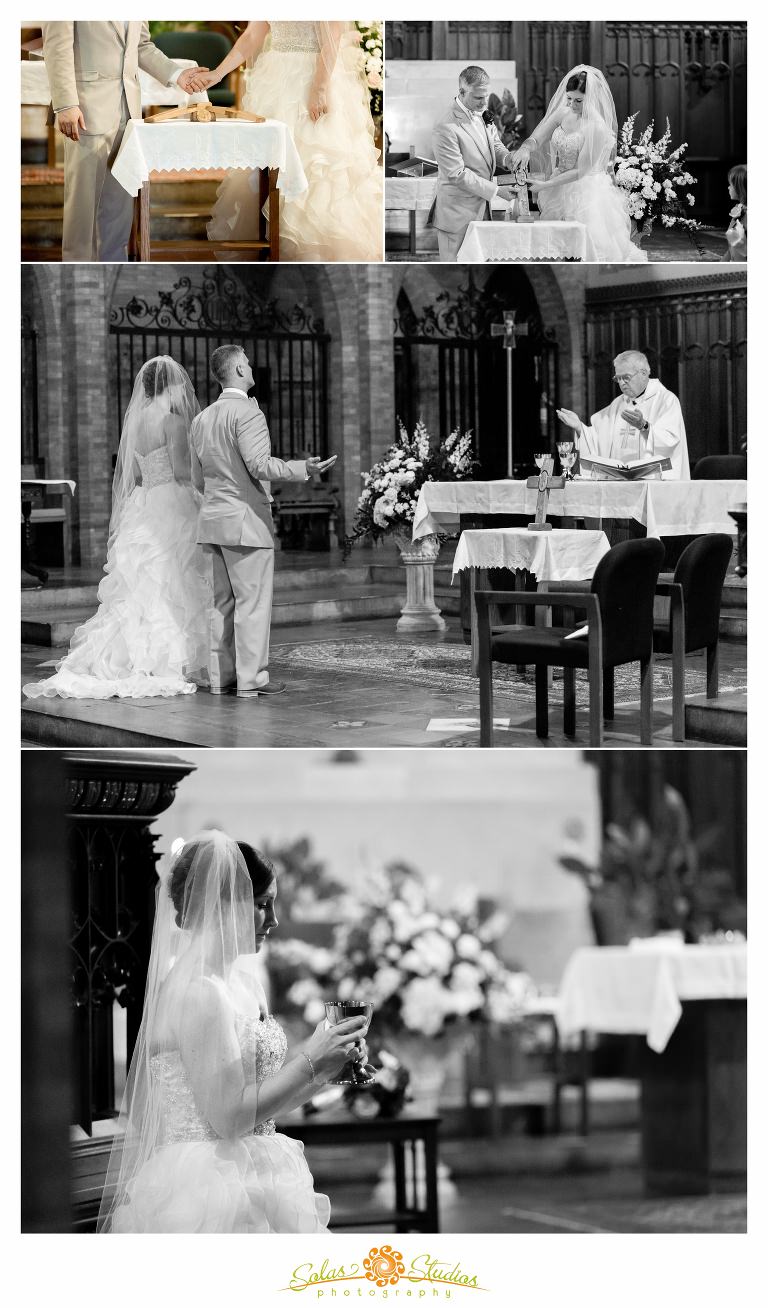 Despite the fact that the thermometer in the church read 108 degrees, neither of them seemed to break a sweat, and were full of joy as they celebrated their nuptials. 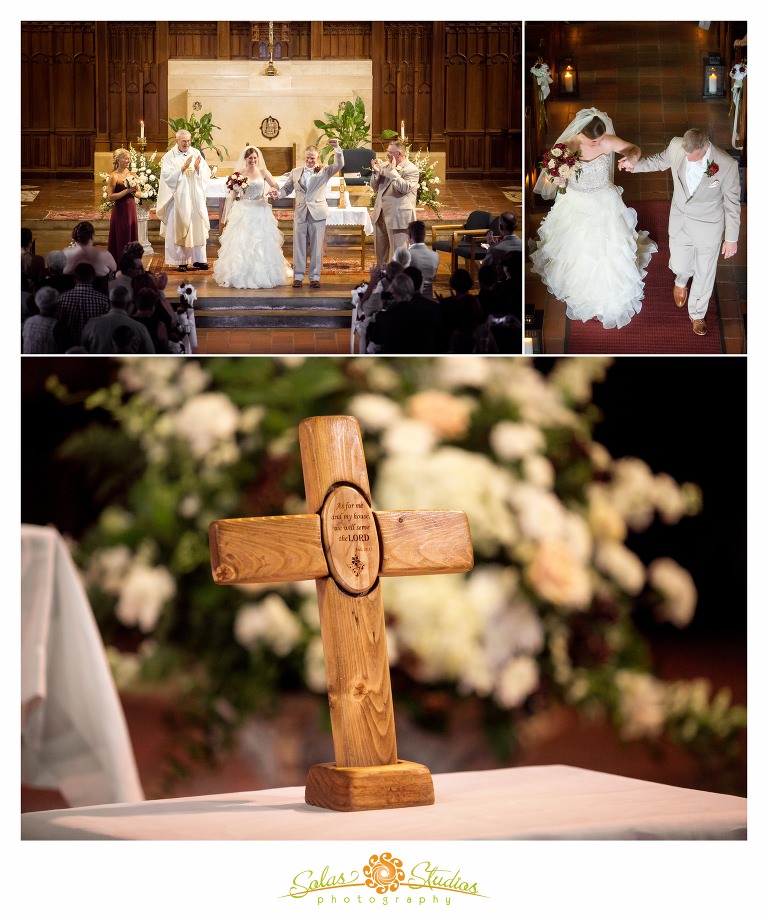 After the ceremony, we headed to the lake shore to get some formal photos, and take advantage of the breathtaking views, and let’s not kid ourselves…the breeze was welcomed by everyone! 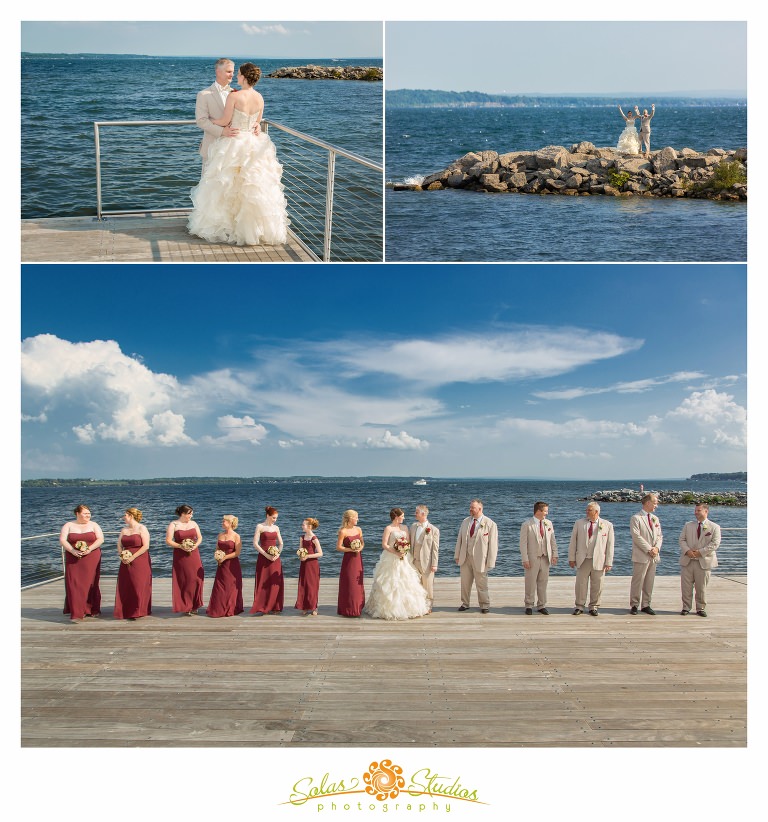 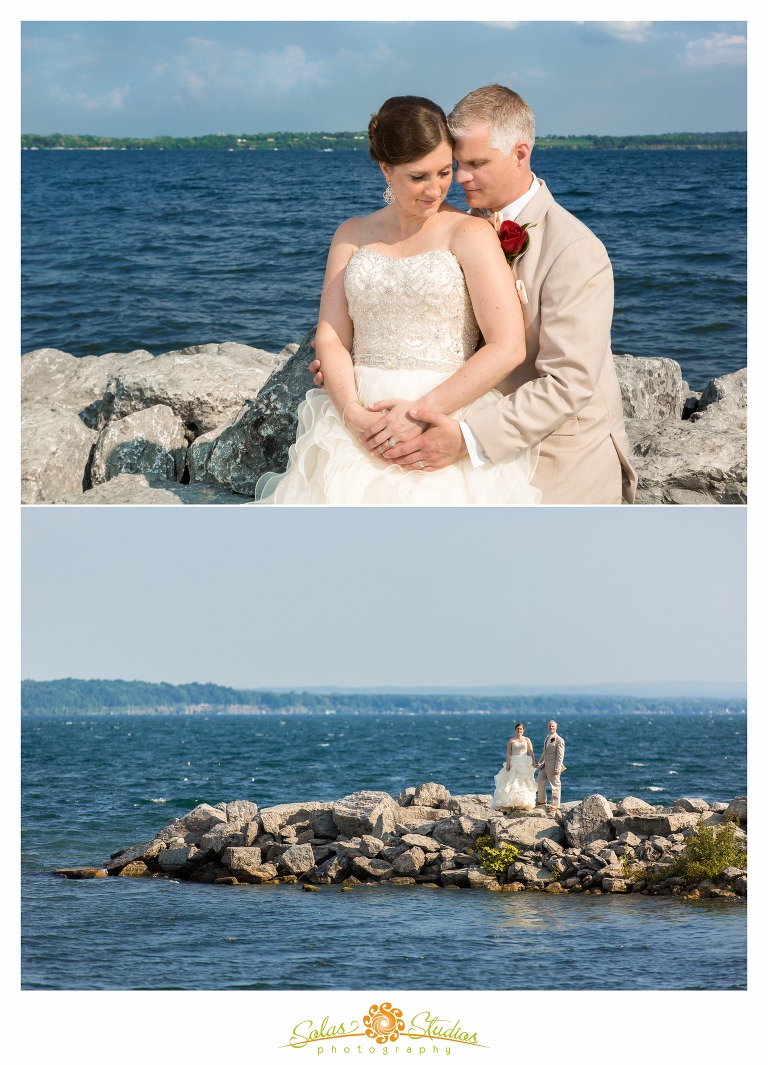 Their reception immediately followed at the swanky, yet classy Club 86, for dinner, dancing and celebration. 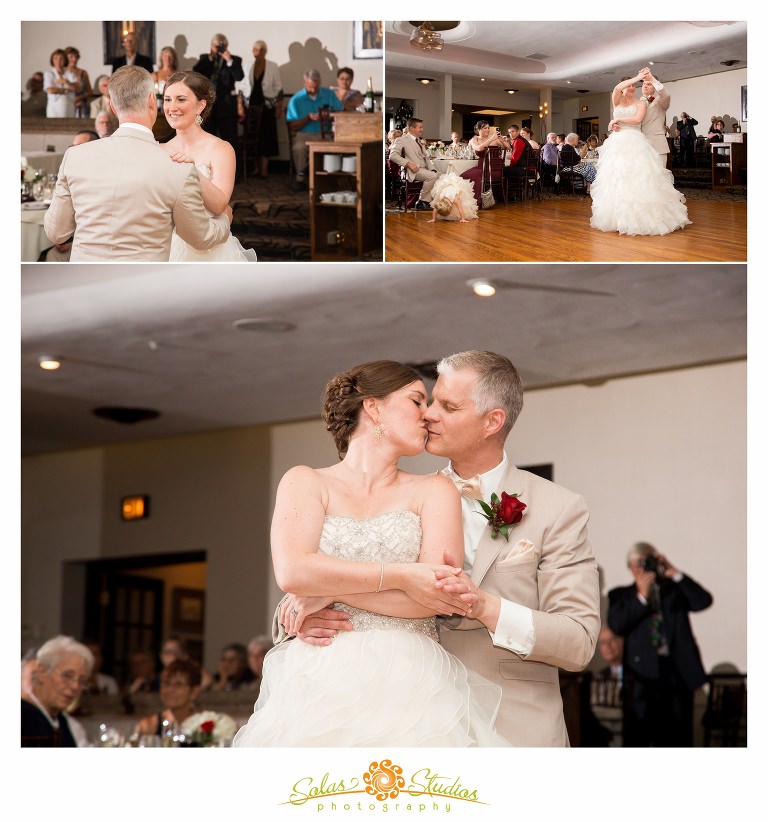 The groom’s father welcomed Liz and Mike’s friends with a lovely speech, followed by the ceremonial Celtic tradition of hand-fasting, as well as the Polish bread and salt blessing. 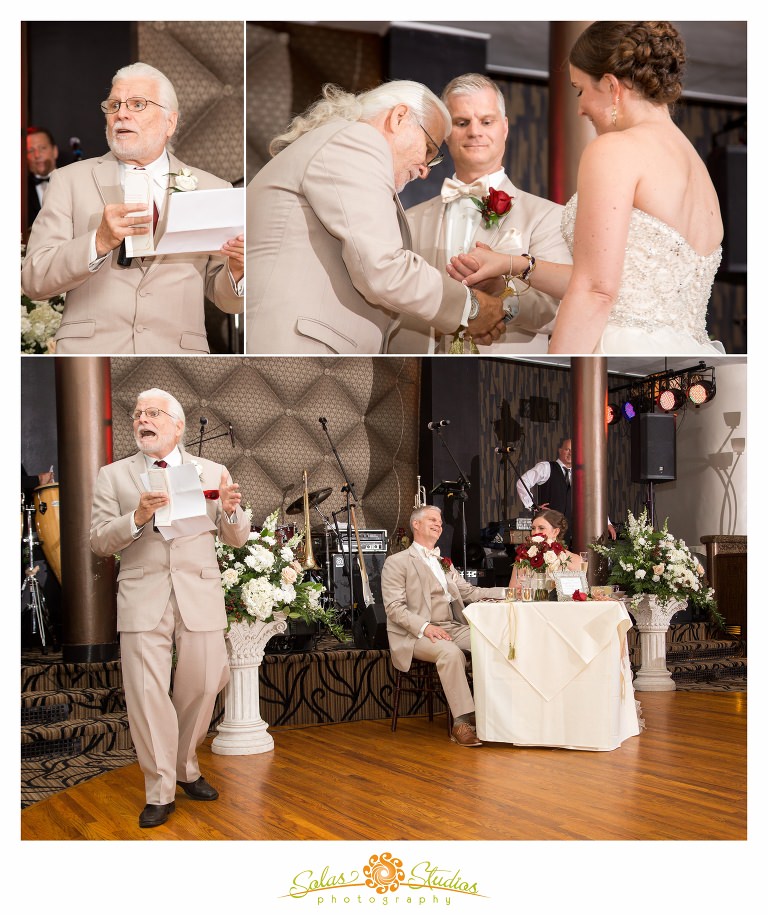 The bride’s sister and Matron of Honor shared some heartwarming words to congratulate them, and garner a few laughs. 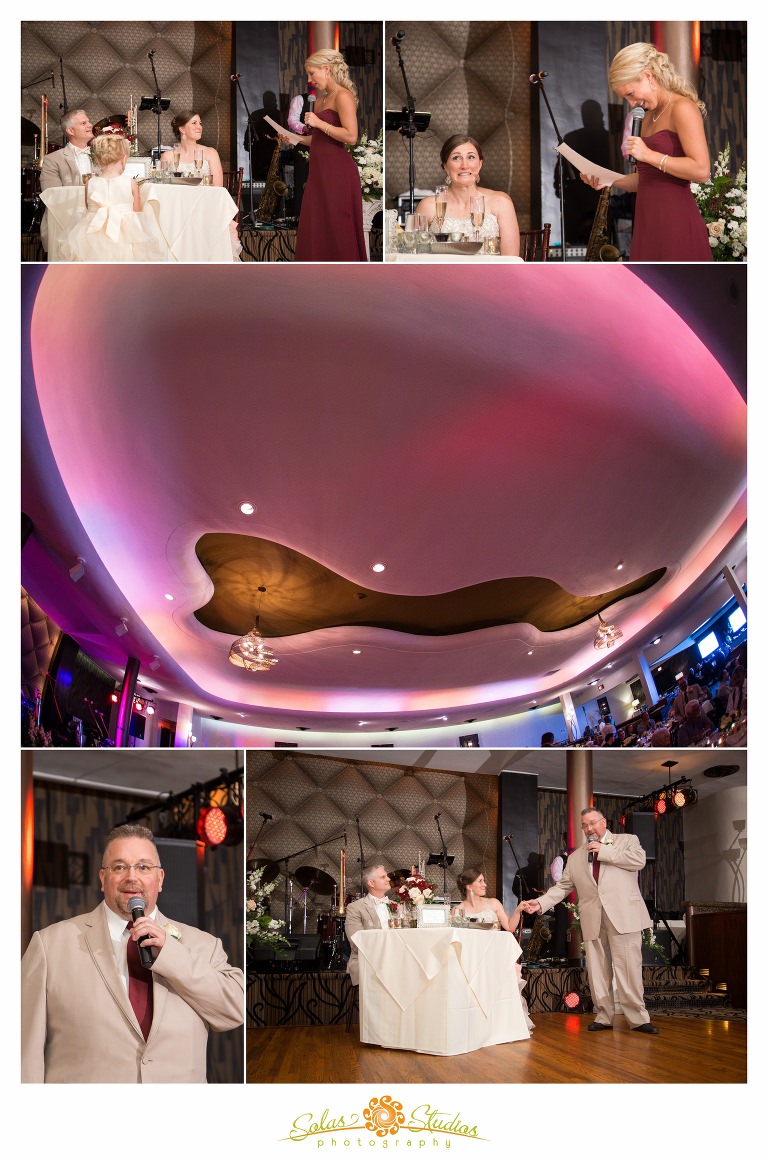 The Best Man gave the audience a short story about Mike, and yielded some laughs as well, before dinner was served.

The parent dances are always our favorite, as we watch the emotional exchange of the bride with her father, and the groom with his mother. 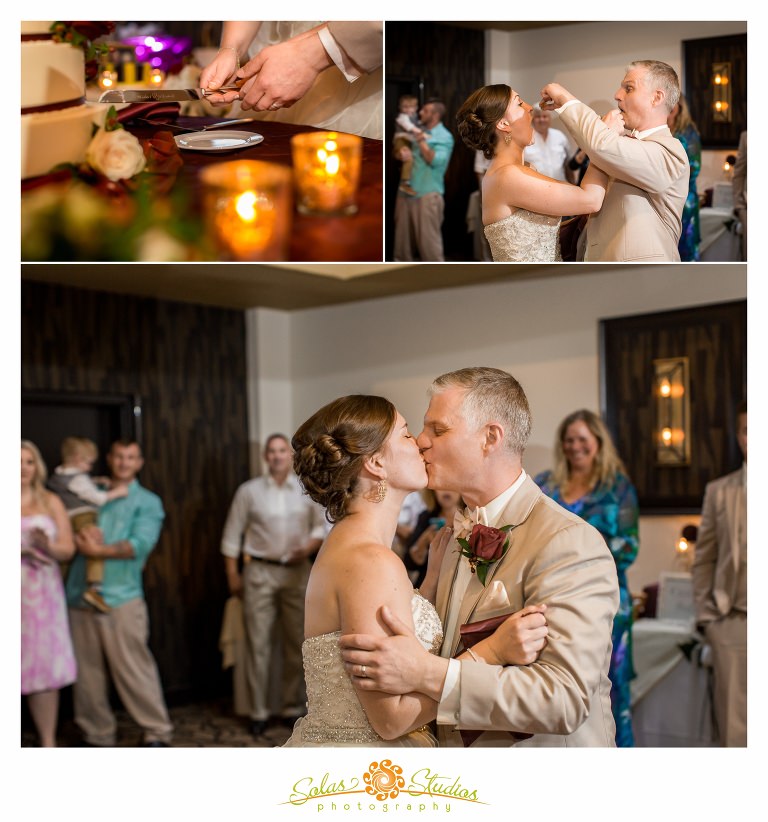 Before the real party began, Liz and Mike wanted to head back to the lake as the sun was setting for some “cooler” photographs on the pier. The milder temperatures, a beautiful sky, and two very sweet newlyweds were all we needed to make some great photographs. 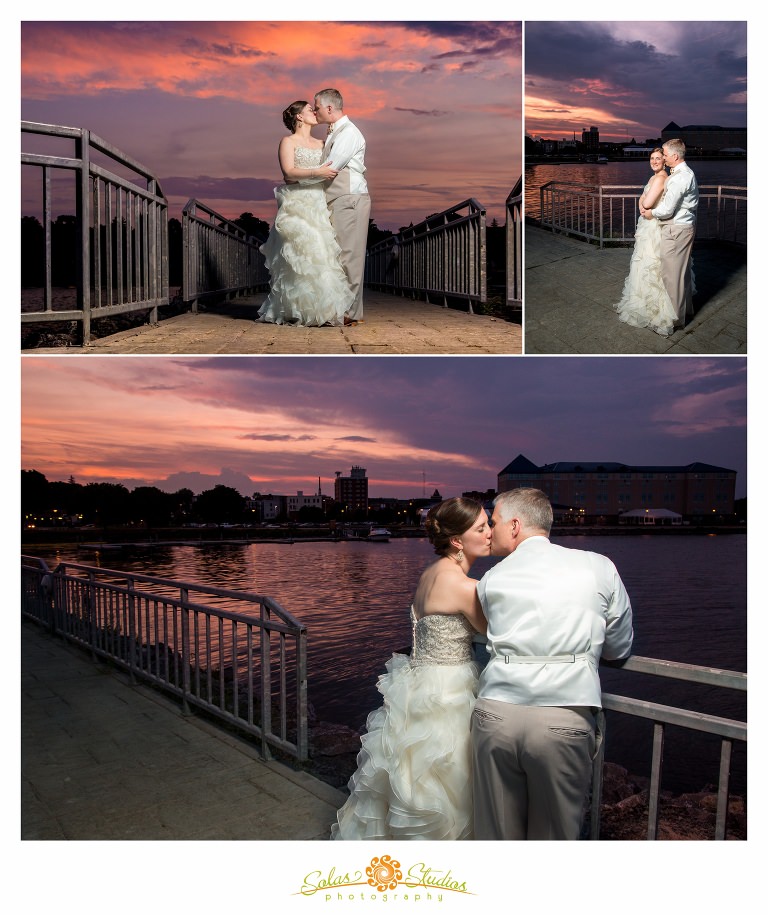 Upon their return, a lot of fun, dancing and laughs ensued. While we were out by the pier, Liz and Mike had the great idea to salute each other beneath the American flag, which we thought was a great way to end the blog. Having both served in the military, I think it was a beautiful tribute to the country they are both so proud of. 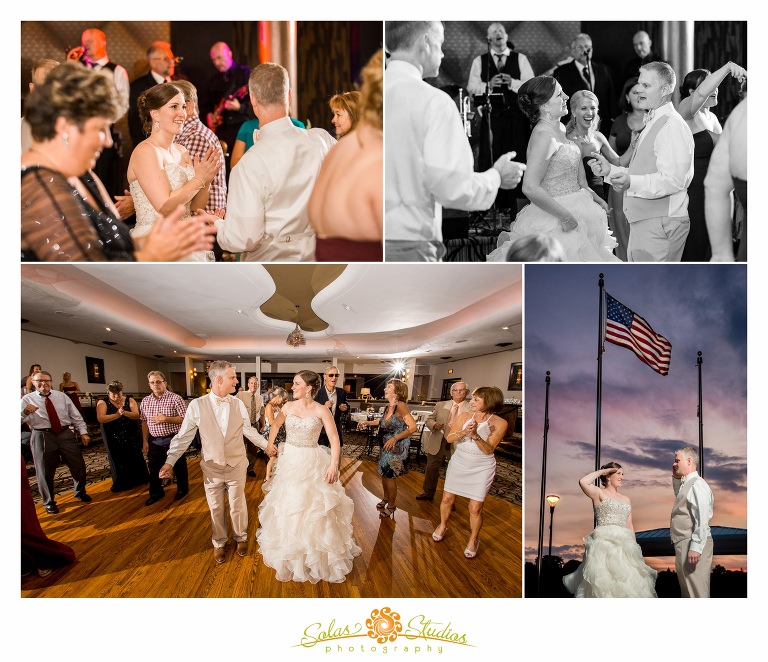 Liz and Mike, you both were a pleasure to work with. We especially love how unique you each are – Mike is outgoing, and loud, while Liz is soft spoken and reserved. It reminds us of a couple we know well. They always do say that opposites attract, and you both compliment each other perfectly. Thank you, for entrusting us with your precious wedding memories, and inviting us along for the ride. Your devotion to your faith, as well as each other is something that will carry you through what will be many years of happiness together!
Le gach dea-ghuí,
(With all good wishes)

Be sure to watch the video below for more highlight images from their day!
Content, images, and video are © Solas Studios 2016
Reproduction, screen captures, and use of content are prohibited without written permission. 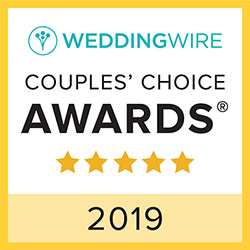 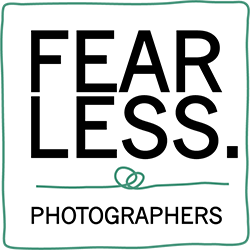